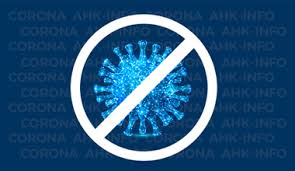 Some countries have already imposed a curfew,  too, those who are able to do so work from their home office. While the retail and catering sectors are suffering most, others are gaining from the Corona crisis. Due to the leisure time now spent in the home, the use of streaming services such as Netflix or Twitch, among others, is increasing.

As The Verge reports, especially Twitch has seen an enormous increase in the number of viewers. So far by a full ten percent. Not only individual channels are watched more, the general number of streamed channels in Italy has almost doubled since the curfew. Especially pupils and students, who make up the main part of Twitch’s target group, are currently looking for employment. As schools and universities are closed, many are facing unplanned days. Either they decide to play or stream video games themselves, or parents are hoping to find something for their child to do.

Twitch has already seen a large increase in the last few months, probably independent of the corona virus. But the increase now shows “the popularity of the livestreaming medium now that people are consuming higher volumes of entertainment at home,” as Doron Nir, CEO of StreamElements, which regularly conducts surveys of the streaming landscape, explains. But now, not only the number of viewers is growing, but also the number of channels. Apparently, many are trying to become streamers out of boredom and are starting their own channels. This should still be worthwhile for Twitch even after surviving Corona, after all it is to be expected that some of the new viewers and streamers will be happy to stay with the newly found hobby.

The optimal time for online formats.

Not only Twitch, actually all companies that offer employment formats online can take advantage of the opportunity. After all, everyone is looking for employment. A good book, creative hobbies or television will certainly do the trick, but a large part of the time we don’t meet other people is now spent online. So in the next few days or weeks, not only will the demand for Netflix and Co. increase, but so will the demand for online courses, for example. If you wanted to learn a language before, now might be the perfect time to download a language learning app. Anyone else who goes to yoga once a week might want to enroll in an online course. Some companies are already jumping on the bandwagon and making a difference with creative campaigns

The stock markets are in panic, car manufacturers are closing down – the world economy is upside down. However, the corona crisis is playing into the hands of some companies and industries. But what exactly are they?

A neologism is making the rounds among stock exchange traders: so-called “stay-at-home stocks”.

The classic “stay-at-home stocks” include companies that have benefited from social distancing. These are, for example, software providers who sell programs for business communication. They include the video conferencing provider Zoom, the team communication apps Slack and Microsoft Teams, and the Swabian service Teamviewer, which enables colleagues to share the desktop view of their computer.

Zoom shares have risen by 7.3 percent since February 21, while Teamviewer shares have fallen – but at 17 percent, the losses remained far below those of companies in other sectors. The reason for the hype is that more and more people around the world are staying at home and working in their home office because of the corona virus.

“Interest in teams is definitely very high right now, both internally and among our customers,” a Microsoft spokeswoman recently commented on the increased demand. And yet Slack, for example, does not expect this to be enough to compensate for the presumably lower spending propensity of companies as a result of the Corona crisis. All but a few shops are closed? At Amazon the wires are glowing. Looking for information about Corona? Google points the way to the content of others. Bored in quarantine and tired of the local television? Series, films and clips on Netflix, Amazon Prime and Youtube are comforting, to such an extent that the Swiss Federal Council is considering blocking video streaming platforms because of the threat of network overload. Visits are no longer possible, parties cancelled? Video calls and streams on Skype and Facebook have to be held up. And on Instagram and other social media services, the seeing and being seen continues, which in reality is becoming increasingly absent.

The smaller, more local and more dependent on people coming together in real life, the more threatened a business is now in its existence. So much for the much-vaunted “Think global, act local”. Yes, digitalization as it looks today is a blessing, but it is also a curse – like globalization, like everything else in life. And we don’t live in a parallel universe in which – let’s just fantasize – the garage boys in Silicon Valley are stuck on their ideas. 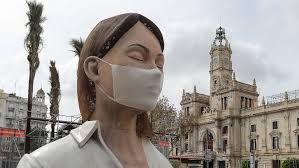 Creative by Corona: How small businesses make the best of the situation on Instagram

The coronavirus presents us all with major challenges. But on social media there are some positive examples of how the crisis can be dealt with creatively.

Every industry is currently facing new challenges due to the corona virus. Most of them either lack money, orders or employees. Especially smaller, local businesses fear for their existence, now that their offline shop has had to close. On Instagram, #shoplocal is therefore being used to call for support for the small shops right now. In addition, some resourceful accounts have already started creative “corona campaigns”, with which they hope to lead their business through the corona crisis. 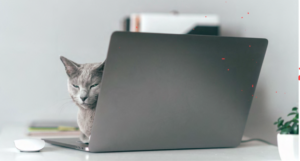 Some of the campaigns are about continuing to draw attention to the issue and many small businesses support each other. Other campaigns show clever workarounds that can provide inspiration for your own company. With them, the actual offline business can also make some sales online.