The triumphal procession of the video app TikTok continues; despite, or perhaps because of, the corona crisis. Current data show that the App has already been extremely popular over the past one and a half years, has risen to become the number one among (non-gaming) downloads. In February, the app provider ByteDance was able to record a record 113 million downloads for TikTok. 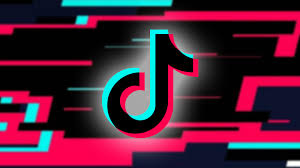 TikTok reveals the global download champion in the first quarter of 2020 in the App Store and the Google Play Store. According to the report, TikTok was more successful in this period than WhatsApp, Facebook, Instagram and Messenger, the four major Facebook apps that follow in the other places.

January and February 2020 were TikTok’s strongest download months yet.

The largest growth markets for TikTok were India and Brazil. In India, a total of 46.6 million downloads were recorded in February, and 9.7 million in Brazil. With over $50 million in user donations, the app also posted its best ever app revenue figure last month. For comparison: In February 2019, the value for user spending in the app was still 5.7 million US dollars.

Since TikTok had already reached the 1.5 billion downloads in November 2019 and has since generated almost 300 million more, the two billion downloads mark is likely to be broken in the coming months. This may be a warning to the major social media. Facebook is unlikely to feel threatened by TikTok, but will have to ask itself why the short video section of its own app cosmos has been neglected. The video platform YouTube, on the other hand, seems to be actively arming itself by creating a rival variant to the app with Shorts, a short video feature for its own app. In view of the latest figures, however, TikTok should continue to have a very positive future in 2020; despite minor scandals, the fascination of many users seems to be unbroken.